Here is an urgent health issue that I encourage you to write your congressman or congresswoman about...

There was anger and cross words yesterday in the small corner of the web devoted to genetics. The hurt feelings were over the possible end of "direct-to-consumer genetic testing" after a meeting of some advisers to the federal government's Food and Drug Administration. The people concerned are mostly nerdy science types. As health care workers, should we be concerned? Should we get involved? Yes! Let me explain... 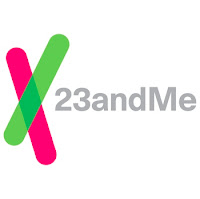 Direct-to-consumer genetic testing (known as DTC genetic testing), refers to companies like 23andMe that will take a sample of your saliva, analyze your genetic code, and then give you information about your ethnic heritage and your risks for developing certain health problems. (23andMe was started by the wife of Google co-founder Sergey Brin. As related in WIRED magazine, Sergey has a genetic risk for Parkinson's Disease, and the couple would like to help Sergey and others with his condition to find better ways to deal with their risks.)

To hear the opinions of businesses and other interested groups, the FDA has a committee of advisers made up of doctors, researchers, patients, etc. This committee recently met on March 8-9 in a hotel outside Washington, DC.

We don't know what they recommended yet, but one expert who has been following this issue thinks that the committee of advisers will recommend banning DTC genetic testing completely. If the FDA does that, the only way to save DTC genetic testing would be to influence the FDA and Congress to change its mind.

Why should I care?

DTC genetic testing provides consumers (that's you and me!) with information about our own genetic code and our genetic risks for developing certain diseases. In addition to the fact that consumers should have a right to obtain their own genetic code without the "official approval" of a doctor, there is information in your genetic code that might help you to change how you eat, how much exercise you get, or the hobbies you choose. In short, it can help you get the most healthy years out of life.

As I mentioned in a previous post, DTC genetic testing is not an addictive drug like morphine or a dangerous medical procedure like irradiating cancer cells. Since the purpose of the FDA is to protect consumers from these things, it doesn't make sense to ban the testing completely. It makes more sense just to ensure that companies meet quality standards and are truthful with their customers. This is how the FDA already regulates food. Don't you think nutrition labels work pretty well?

Why would doctors want the FDA to ban DTC genetic testing?

The doctors' lobbying organization, the American Medical Association (AMA), has told the FDA it thinks that consumers (that's you and me!) should only have access to their own genetic code if a doctor approves. This is supposed to protect you from committing suicide or doing some other stupid thing if you find out you are at risk for Parkinson's or any other disease. But it also means they get $$$$$$ and status and power because you will have to schedule a doctor's visit in order to get any information that you can already get--right now--simply by logging onto the 23andMe website. Remember, always follow the money!!

(Also remember, DTC genetic testing is already going on. Has it been causing you a lot of grief lately?)

Wouldn't having access to my genetic code make me my own doctor?

No! Since you still can't prescribe medicine for yourself or order other treatments, DTC genetic testing does not cut out the doctor. It simply means that you can have access to your own genetic information. What you choose to do with it is up to you. If you want to show it to your doctor, you can do that. Remember, it's yours!

Well, people in the know think the FDA's decision has already been made, but that doesn't mean the FDA can't change its mind. But the only way it will change is if the FDA and Congress hear your voice. Otherwise, the only voice they will hear is the AMA telling them it is too dangerous for you to get your own genetic code.

First you have to know all the players. But don't worry, it's not too complicated.

Anyhow, the subcommittees that control the FDA's budget are called the "Appropriations Subcommittee on Agriculture, Rural Development, Food and Drug Administration, and Related Agencies". There's one of these for the House and one for the Senate. Each subcommittee is made up of about 10 members.

Then there's the FDA, which is composed of various Center. The one that would control genetic testing is called the Center for Devices and Radiological Health (CDRH). You want to contact Dr. Margaret Hamburg, who is the head honcho for the whole FDA, but she's really busy. You could also contact the head of CDRH.

Finally, there's that committee of advisers to the FDA. It's called the Medical Devices Advisory Committee. And it is further divided into subcommittees called panels. We want the panel called Molecular and Clinical Genetics Panel.

Woah! That's a lot of people!

Just hold on... Here's a list. Start at the top and do as many as you can. Don't sweat it.