"once again, the elders knew better"

I know the author of The Black Swan is probably a fad right now, but I have just discovered him, and I am quite taken. In my first (pre-nursing) life (of which I have written before), I was a double-major in Economics and Classics because I believe(d) these represent two fundamentally different world views. Although many people seem to think that "science" is the difference between dumb people from long ago and modern brilliance, I think the main difference is in Economics and social sciences. Formally, economics should just be observation and math, but in reality it is a totalizing way of approaching life. I used to have arguments in Intermediate Micro with the other students who refused to listen when I told them they were being indoctrinated rather than educated. (Did we think through those graphs and argue them out in class or did you just try to memorize Professor Westphal's explanations?) For the most part, I think the style of thought promoted by Classical study in languages and tried wisdom is more consistently insightful and rigorous. In fact, if we consider Adam Smith, don't we find a deeply introspective and methodical thinker who was both not an Economist and yet the quintessential Economist?

Anyhow, Mr. Nassim Taleb is leading the type of life I would choose to live if I had the means and ability. He studies antique authors and thinks about the modern world. Plus, we have a lot of superficial similarities. Both bald, yes, but also both believing in things like the worthlessness of television and newspapers and the proper place of elegance in life. (And he also writes about health care in his online notebook.) In a TimesOnline interview from June 2008, he gives us a list of pieces of advice for life. I think it is a very interesting list in its combination of the specific and mundane with the abstract--in some ways like the Dokkodo (depending on the translation):

I don't remember how I came across this, but it's a fascinating posting by Avi Solomon on health recommendations by the Medieval Jewish philosopher Maimonides...
Maimonides Regimen of Health
posted by Chris on Friday, January 30, 2009 No comments:

This article is still only in a provisional state, and there isn't much in it to relate to nursing practice, but I thought it was fascinating as an example of the type of issue health care, hospital administration, and the nursing professional are going to be faced with in the near future.

Researchers have discovered that patients with two T alleles at 9545 in the gene that codes for Interleukin 18 have higher levels of TNF-alpha and stay in the ICU longer after cardiac surgery.

Because of the whole diagnostic-related groups payment scheme, it would be interesting to know if hospitals are eating more costs for these patients' longer stays. If that turns out to be the case, can the situation be solved pharmacologically or will these patients be in danger of being rejected for cardiac surgeries?

I wonder if there will be genetic predispositions to the big nosocomial infections (foley-related UTI, ventilator-associated pneumonia, and central line blood infections) discovered as well? As these account for large health care costs, will insurance companies be forced to pay more for admitting these patients to ICU due to the increased risk the ICU takes on? Or will these people just be bumped from insurance, or what?

Via andSicker, I thought this was a funny headline from POE News: Obese Americans now outweigh the merely overweight. Duh!

Also, the journal article on the effects of THC on cancer cells looks interesting.
posted by Chris on Wednesday, January 28, 2009 No comments:

As if I don't have enough to do this year, I've started my long-awaited Bach project. A while back, I found the 155-CD Bach Edition on Amazon and determined to listen to J.S. Bach's complete works. I'm recording progress and thoughts over at Complete Bach. I suspect most of this will be done after this semester's over. Assuming I graduate, I can then start relaxing a little.
posted by Chris on Wednesday, January 28, 2009 No comments:

Not to bring anybody down, but if yesterday was a bummer, today was worse (bummier? bummerier?). We were supposed to read a book over Christmas break called Nine Hills to Nambonkaha for Community Health, so I read it today. Afterward, I was so depressed I could have cried. Okay, actually, I did cry, but only a little. It's not that Nine Hills was so moving (you can read my review on Amazon if you're so inclined), but that it is so much flim-flam and so far from what I wanted to be doing this semester, which was getting management of cardiac patients down pat and preparing for the NCLEX. I don't really understand the point of it all. Community Health ought to be an elective course. I think our BSN program is designed for a different type of health care structure--specifically, one in which Associates degree nurses work on hospital wards and Bachelors degree nurses manage them and work in public health. That model doesn't fit anymore, and they need to update things. Management needs to be a Masters-level preparation different from MSN and NP degrees, and the BSN needs to incorporate more cognate material like genetics and economics. Unfortunately, there seems to be a lot of inflexibility built into the system due to the NCLEX and dictats from the ANA and NYSNA.
posted by Chris on Tuesday, January 27, 2009 No comments:

Unfortunately, I have to say that this day has been a real disappointment. While I added on Virology last semester, I pared down my schedule as much as possible for this semester since we're covering critical care and I'm supposed to take the NCLEX after graduating. I had wanted to ace the critical care material and spend voluminous free time reviewing. Instead, what I find is that I'm probably going to have to spend most of this semester on the Issues in Nursing and Community Health courses, both of which have no interest to me and very little relevance to my future.

Furthermore, we have a two-week "immersion" at the end of the semester, which amounts to an internship that will force us to cram all the semester's material into two fewer weeks. Thanks, bad planners! I agree with the internship requirement, but they should have instituted it with the following graduating class rather than ours and required it to be completed over a summer or winter break.

Kaas Glassworks has been featured in quite a few trashy lifestyle mags. (I came across it while reading one, but I'm not admitting which one...) They sell glass serving/decorative dishes with images imprinted. They have quite a few medical images (as seen below), but the real selling point is that you can send them a photo of your own and have your own commemorative plate made. If you know someone graduating from nursing school, this might be a nice, if pricey, gift. 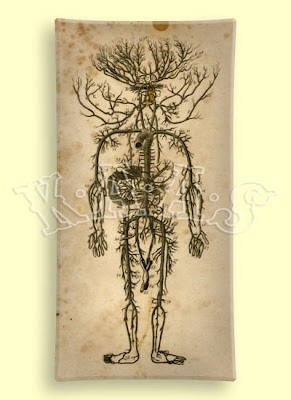 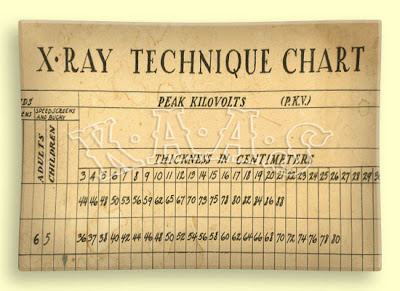 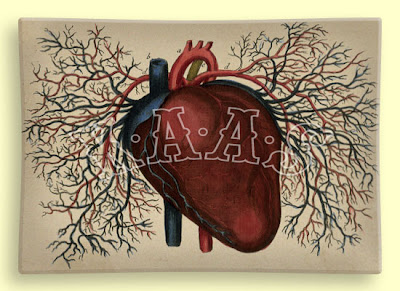 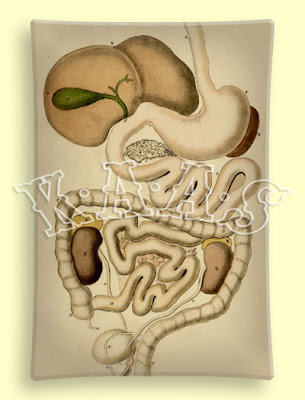 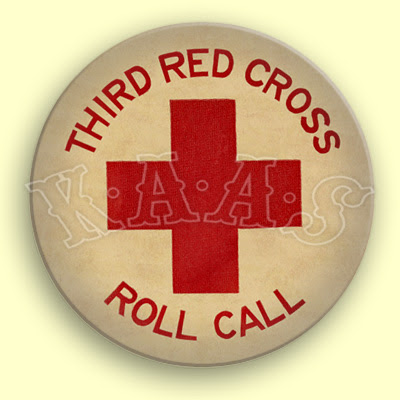 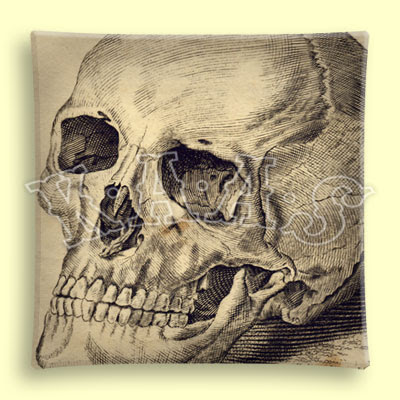 eScholarship Editions is a new open access site with the texts of academic books available for viewing. I'm not sure why anyone would bother maintaining a site like this when we have GoogleBooks, but check out Evolution of Sickness and Health as an example.
posted by Chris on Saturday, January 17, 2009 No comments:

Well, my winter break is coming to an end. I haven't looked at my grades from the fall semester, but I assume I passed everything since I received a letter of congratulations for making the Dean's List. That means I have one more semester of nursing school left. It starts a week from this coming Monday.

It's been quite a stressful month, especially at work. Before Christmas, I got in an argument with one our new Clinical Coordinators (a mid-level management position under unit director)--a recently-promoted nurse I've worked with for a couple years--that escalated to yelling. It started as a simple factual disagreement of no importance, but she demanded an apology (for what?) and it ended when she called the issue "none of my business," which was, in context, a non sequitur except insofar as it meant "I'm the Coordinator and you're just a clerk." Normally, this type of thing wouldn't bother me much, but in this case I've had a lot of trouble letting it go.

I was quite short-tempered for several days while working with said Coordinator, and things got worse when another new Clinical Coordinator (we have several), who I've worked with for about five years, essentially pulled the same "you're wrong, clerk" routine in obvious solidarity with the first. Because she interjected in a conversation she wasn't following, the second Coordinator's comments were both wrong and meaningless, but mostly they really hurt. This person I've worked with for longer than the first Coordinator has been a nurse and is someone I thought I had a very good relationship with (in fact, I've written about her previously, before she became a Clinical Coordinator). To be confronted with this sorority mentality from someone I thought was fair-minded and task-oriented was a real blow.

Anyhow, I've been considering whether I should leave my unit (the cardiac/step-down unit), but unfortunately I have no place to go. If I leave now, any chances of being hired onto this floor will vanish, and I'll definitely have to work my way up to the ICU from a med-surg floor. That's not really something I want to do.

The situation has been compounded by the fact that the first Coordinator took me aside last night and told me not to "tell her how to do her job." This was in response to the fact that I had overhead paged her (our floor only, not the hospital) since she had disappeared and we didn't have patient assignments for the nurses coming on for the next shift. It was almost time for shift change and about 20 minutes after the time the assignment is normally completed. I had the Kardexes ready to go and several of the oncoming nurses were standing around waiting. Obviously, this person has insecurities, and the problems aren't going to go away.

What to do?
posted by Chris on Saturday, January 17, 2009 No comments:
Newer Posts Older Posts Home
Subscribe to: Posts (Atom)