Yesterday, I left my home for a trip to Mongolia.  I'm going with a health care NGO called Nomadicare, which works to extend the health care available to nomadic herders in culturally relevant and sustainable ways.  My plan is stay with the Dukha reindeer herders in northern Khovsgol province through the winter, living part-time in their winter camp and part-time in the nearby village of Tsagaannuur, where there is a rural hospital in which I can do some volunteer work.

Posting will most definitely be sporadic if it occurs at all over the next 8 months to year.
posted by Chris on Friday, June 01, 2012

The time before plastics

The Long Now foundation has posted a talk about the past and future of plastic.

Most "Paleo dieters" and "CrossFitters" are also attracted to machismo, physicality, modern minimalist design... the best example is the interest in Thor's daughter.  The Scandinavian nations epitomize the type of Bauhaus-n-health-fascism typical of the Paleosphere.

Despite being of Scandinavian extraction myself, I don't appreciate Scandinavia.

One of my biggest difficulties is that my compulsions are insensible to most people.  Although I am attracted to Paleo, I am more of a Chap enthusiast type than a typical CrossFitter.  Anyone who thinks tweed and anachronism is incompatible with the type of "science-y-ness" and physical exertion promoted by Paleo-CrossFit hasn't heard of, for example, Simon Fraser and Bill Millin (who later became a nurse).

One of the great attractions of Paleo is its implicit rejection of modernity.  Although some people might object to this interpretation as a type of ideological "Paleo re-enactment," once one starts questioning many of the bases of the modern aesthetic, such as processed foods and sitting in front of the TV, the turn toward antiquity begins, I think, unless it is derailed by compromise.  As Melissa McEwen has said, after immersing oneself in the Paleo diet debates, one becomes not so much interested in food as in our origins and in the past itself.

Since becoming more interested in Paleo, I've become more attracted to the outdoors and physical activity.  I've also gotten rid of all electronics except my laptop and an electric piano that I can't afford to replace with a baby grand. I pretty much just wear wool and leather and metal now with the occasional bit of cotton.  Plastics are verboten in my world to the extent I can manage.

Susan Freinkel's talk on LongNow is available as an MP3: click on downloads:


Bakelite was invented in 1907 to replace the beetle excretion called shellac (“It took 16,000 beetles six months to make a pound of shellac.”), and was first used to insulate electrical wiring. Soon there were sturdy Bakelite radios, telephones, ashtrays, and a thousand other things. The technology democratized consumption, because mass production made former luxury items cheap and attractive. The 1920s and ‘30s were a golden age of plastic innovation, with companies like Dow Chemical, DuPont, and I. G. Farben creating hundreds of new varieties of plastic for thrilled consumers. Cellophane became a cult. Nylons became a cult. A plastics trade show in 1946 had 87,000 members of the public lining up to view the wonders. New fabrics came along—Orlon and Dacron—as colorful as the deluge of plastic toys—Barbie, the Frisbee, Hula hoops, and Silly Putty.

Summer has arrived, and with it the desire for outdoors parties.  Is there a healthier alternative to summer's classic drink, the gin & tonic ?

Paleo dieters will no doubt be familiar with the "NorCal margarita," designed to reduce the amount of damage caused by sugar, acid, and cheap tequila that one would get with a regular margarita.  The NorCal substitutes lime and club soda for Cointreau and margarita mix.

The NorCal margarita is a fine drink, but personally, as an Anglophile and gin-o-holic, I prefer to drink the time-honored G&T during the summer.  Gin is a great alcohol, and tonic water and lime slice go perfectly with this booze.  While there are actually a variety of cocktails one can make with gin, only the dirty martini (gin, vermouth, olive brine, olives to garnish) rivals the G&T for enjoyment. But the martini is an autumn and winter drink.

Problem is, tonic water is basically like mixing soda-pop with your gin (in fact, if you're not trying to cut out HFCS, try Pepsi and Beefeater's sometime--a combo that surprisingly works well at the level of Cap'n'n'Coke--yes there should be two "'n"s in that name--bet you never thought of that before, huh?).  So what is a Paleo-conscious gin drinker to do?

The solution is simple and was suggested to me by Hendrick's gin, which encourages a G&T with a cucumber in it. 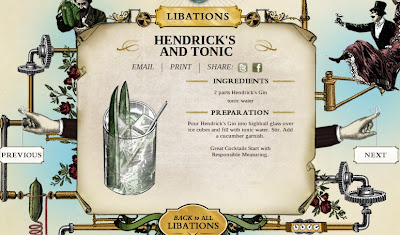 G&T with cucumber garnish doesn't solve the problem, but why stop at garnish?  Simply make cucumber the mixer, too.  Easy to do with R.W. Knudsen sparkling essence of cucumber.  Just substitute RWK cucumber essence for tonic water.  I tried Hendrick's gin with RWK's sparkling cucumber essence, and it's great.

Although I don't live in Northern California and have never visited Robb Wolf's gym, I'm dubbing this the "NorCal gin & tonic".  You need to find the right balance of gin and cucumber essence for yourself, but you can start off with maybe a 1 part gin, 3 parts cucumber essence ratio and go from there. 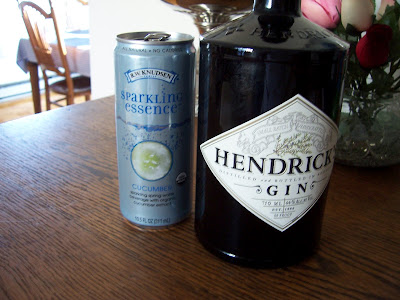 The pedant will complain that this NorCal G&T doesn't actually have any tonic in it.  Well, that's true, and if you are set on the sugary stuff, you could try mixing the RWK sparkling cucumber essence with a little Q tonic, or similar artisanal, low-sugar variety.  But I have to say that, while I was expecting the NorCal G&T to be lacking in sweetness, I didn't actually miss the tonic water.  The cucumber essence is bright, fresh, and summery, and that's the quintessence of the classic G&T, too.  Also, if you keep your gin:essence ratio on the high side, the gin alcohols have some natural sweetness.

The biggest drawback to this recipe is that it requires the precise ingredients described.  If you can't find RWK cucumber essence and don't use Amazon, you could try marinating cucumber in Hendrick's or simply adding it to the drink and using seltzer, but I doubt this will turn out as well.

Also, be warned, I tried this recipe with Tanqueray #10 gin, and it didn't really work.  The Hendrick's has a special affinity for cucumber, it seems.

Finally, note that R.W. Knudsen also makes sparkling essence of mint, which suggests the possibility of a NorCal mint julep, although I haven't tried that.
posted by Chris on Saturday, May 19, 2012

An Etsy artist/entrepreneur has started selling "Placebo".  If he were smart, though, he would have actually TradeMarked something, like Mindafa or Brainorphine.  It's a clever idea, even though it's only a joke. 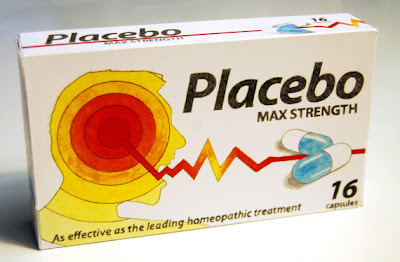 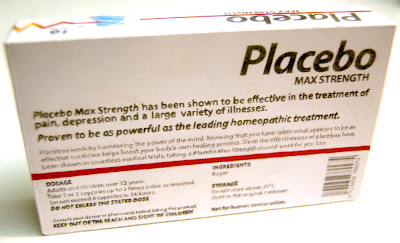 Eric Valli has a very interesting collection of photo stories, including High Himalayas, Jungle Nomads, Children of the Dust... Shown below is an image from Off the Grid, about people who live disconnected from modern society.  Is this Paleo re-enactment or something else altogether? 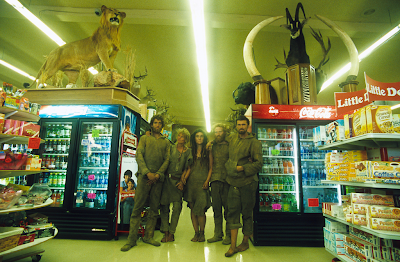 posted by Chris on Thursday, May 17, 2012
Older Posts Home
Subscribe to: Posts (Atom)