Libya and nurses: in the news

What with the protests/riots, the retaliatory air strikes, etc, Libya has been in the news a bit recently. Now I read in TakiMag that Libyan leader Gaddafi's nurse, a Ukrainian named Galyna Kolotnytska, has left Libya to return to the Ukraine. This is not the first time East European nurses have been in the news in relation to Libya: first there was the Benghazi HIV trials, involving nurses from Bulgaria. 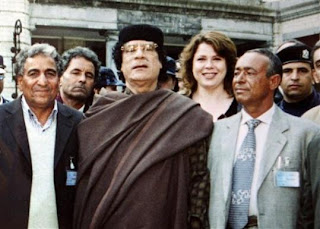 There have been a couple Sexy Nurse photos of Gaddafi's nurse released that are of the wrong woman. An article, and what I suppose are accurate photos, are posted by the Brisbane Times. 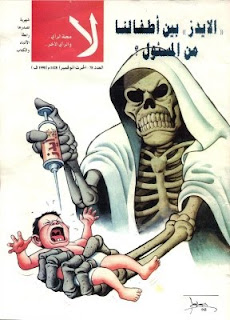 In school, I had to do a report on Libya for our public health course. This was very difficult as it was clear at the time that certain assumptions about health care were expected, and I didn't have confidence that a good minority report would be accepted. So I ended finding nice things to say about this country that provides "universal health coverage" to its people.

The truth is that Libyan health care is a shambles, as one would expect from a destitute African country. The Benghazi HIV trials were necessary to provide cover for the fact that the conditions in the Libyan hospitals were so poor. It's not only the hospitals, however. As the editor of Retrovirology points out, Libyan health care professionals do not normal professional priviledges. And with large groups of the unemployed getting by with drugs, Libya has a tiny HIV epidemic that it tries to cover up by playing with numbers.
posted by Chris on Friday, March 04, 2011
Newer Post Older Post Home