Over at In Mala Fide, there is an unhelpful article on the "benefits" of smoking. This put in mind of a game I used to play with myself when working on the Progressive Care Unit.

When meeting a new patient for the first time, I would auscultate the lungs, then guess whether the person was a smoker or non-smoker. I would then ask them if they smoked to find out whether I could guess from lung sounds about smoking status.

Smokers have what I can only describe as a "dulling" of all sounds in all lobes of the lungs. I mark this as "diminished sounds" on the physical assessment form, but it is different from the diminished sounds due to shallow breathing, positioning, or body mass.

The thing I found most interesting about this game is that I could guess who were smokers even when the patients had stopped smoking years beforehand. Except in one case, every time I guessed a patient was a smoker but they told me they weren't, I would ask, "oh, but did you used to smoke?" Invariabely, they would drop their shoulders and tell me yes, but they quit 5, 10, 30 years ago. Literally, I was on one occasion able to correctly identify a smoker 30 years after they quit!

smoking from a nurse's perspective

One thing that bothers me about both anti-smoking campaigns and "pro-smoker" activitists is the focus on lung cancer. One thing that is readily apparent to nurses is that smoking has much broader effects on the body than simply being a risk factor for lung cancer. In fact, I would suggest that, in terms of overall quality of life for large numbers of people, lung cancer is one of the lesser problems of smoking.

The first thing that becomes apparent to health care workers about smokers is skin quality. Although I think everyone who knows smokers recognizes that smokers get craggley, grey skin as they age, most people think of this as only an aesthetic problem. But when your livelihood involves working with people's skin as nurses do, you start to understand that craggley grey skin means sick skin. Remember, the skin is not just the outside of the body, it is a living organ with biological functions, and when it gets tough or discolored, this means it is not healthy.

Another thing noticeable to health care workers is the poor quality of smokers' veins. You have to remember that the inside of arteries and veins are a layer of cells, just as skin is a layer of cells. If the outside looks craggley and grey, the inside is equally diseased. Most people can't see the inside of their veins, but nurses can see them indirectly by virtue of putting in IV lines. As any nurse will tell you, a long-time smoker will have small and brittle veins.

The third thing is overall energy levels and activity. Sometimes active older patients will come into the hospital with cardiac arrhythmias, etc. But I have never met an active older smoker. It could be coincidence in the sense that active smokers are less likely to be admitted, but my experience tells me that smokers become much less active as they age than do non-smokers. 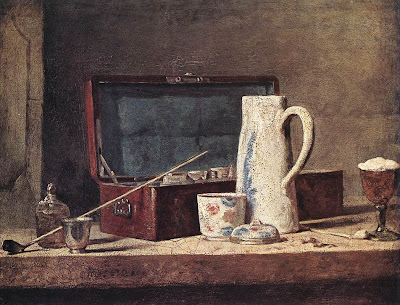 Although my experience of working in a PCU/cardiac care did nothing to change my mind about the correctness of Atkins/low carb/paleo eating, I did have to concede that the health nazis are pretty much correct about smoking. I say that as an intermittent cigar and pipe smoker, too.
posted by Chris on Saturday, March 19, 2011
Newer Post Older Post Home