Miami, as it should be experienced

Back in November, I posted a scathing review of the city of Miami. This March, I returned to Miami on a whim for reasons I wouldn't have been able to predict in November. While some of my impressions of the city have remained intact, I was able to find the Miami of my imagination this time around, and can recommend now at least a visit. 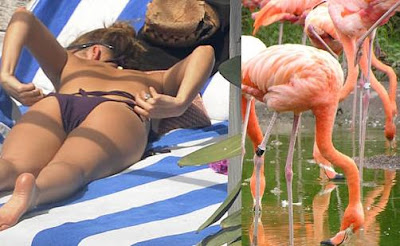 The Miami of my imagination is based mostly on the impressions I formed growing up in the 1980s and 1990s. Miami Vice, Seinfeld, etc. In my ideal Miami, poor Hispanics mingle with rich Jewish people and patriotic descendants of Cuban immigrants; everyone lives on the water; hard bodies strut in skimpy bikinis to Caribbean beats; speed boats coast over warm shark infested oceans, and flamingos take flight as alligators splash along the waterfront.

Like any idealization, there is a little truth and a little untruth. My friend actually found a place to stay on Miami Beach in a neighborhood inhabited almost exclusively by Hispanics and Jews. Grocery stores where the clerks don't speak English abut temples and synagogues. The apartment is a metaphorical stone's throw from the beach, and a literal stones throw from a canal.

While my friend was at work, much of my day was spent sitting on the apartment's balcony overlooking the canal and watching (1) pelicans fly by, (2) local rowing teams practicing skulling, (3) stingrays and flying fish, (4) the sun shimmering on the water. This was done of course with the help of dry martinis drunk out of chilled glasses. 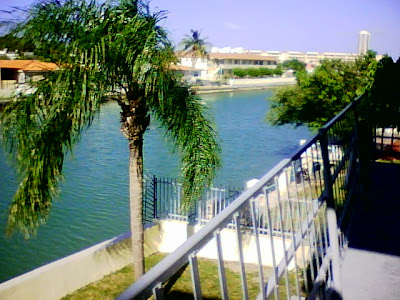 We visited Flamingo, FL, which is obviously nothing on Google maps, but was marked with a "city" marker on our car-based paper road map. We were debating whether it was a little town with just motels or a big town with hotels until we got there and discovered we had driven to the middle of nowhere and there was only a campsite, visitor's center, and marina.

Luckily, the marina was prepared for travelers like us and sold us a tent. The stars in Flamingo are the densest and brightest I have ever seen. Our tent in Flamingo was on the ocean, and the sky glowed green at the ocean's horizon at night--visible from the tent--due a phenomenon I do not know--not aurora, but perhaps airglow? 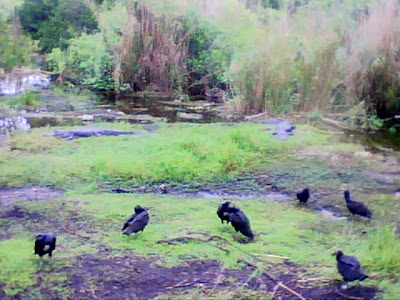 Following Flamingo, we traveled the Keys, finding places to stay by luck, getting some great snorkeling opportunities, and drinking margaritas in The Original Margaritaville. 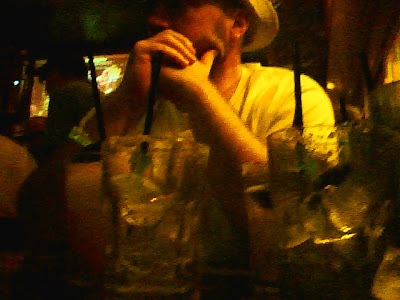 On returning to Miami, we got in the middle of student walk-outs regarding the Treyvon shooting (boring!), attended Don Giovanni at the SoundScape outdoor venue in South Beach (cool!), ate ceviche (awesome!) and gelato (delicious!). We tried to see Egyptian mummies and Rembrandt pr0n, too, but those trips got derailed. I had been to WEAM in November--it's expensive but interesting and not very titillating at all.

update 3/27: almost forgot, I worked out once at CrossFitA1A while in Miami and twice at the more moderately priced Crystal Beach Gym. CrossFitA1A is new, and my bootcamp trainer was Jessica. Very good workout, although it incorporated lunges, which I never do and which left me with massive breakdown/strain in my upper legs--enough that I'm still limping a little. Don't get older...
posted by Chris on Sunday, March 25, 2012
Newer Post Older Post Home