I previously wrote a lengthy review of Better Angels of Nature. The following is another, shorter piece I wrote to submit to TakiMag, and I was reminded of it by reading Foseti's recent (and late) post. Although I usually enjoy Foseti's posts, I think his take on this book was weak, quite weak. In fact, as I mentioned in my longer piece, reviews of this book seemed to be dominated by people who either (1) didn't read enough or read carefully enough and (2) people who got bogged down in the minutiae of war statistics. The first is a problem because many reviewers made criticisms that Pinker addressed in the text if the reviewer had bothered to make a close reading. (For an example of a good reviewer on this score, see Steve Sailer, who mentions in his review that as he was reading, Pinker kept addressing issues Sailer had noted earlier in the book--this was my experience, too.) The second is a problem because (a) the statistics about war were vetted by other scientists and by previous presentations of this material long before the book was ever published, and (b) Pinker admits that his prediction of a decline in violent war is only a guess and he might very well be wrong, and (c) it doesn't address the core of the book's argument, which the relationship between historical forces and neuroscience. That said,

In the Middle Ages, men used a dagger for everything from spearing rumps of pork to picking their teeth to, literally, cutting off the noses of their dinner companions. By the 20th century, place settings included several versions of dull, blunted knives, and good breeding included learning rules for their use. Today, an aggrieved party guest might throw down his napkin and walk away from the table, but no one fears having to recreate a scene from an Errol Flynn movie over a meal. 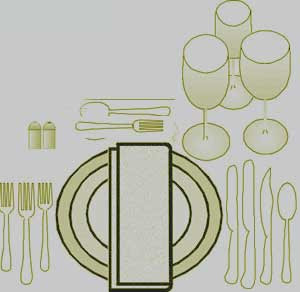 The development of the knife as tableware is the story Harvard psychologist Steven Pinker uses to introduce the concept of the “Civilizing Process” in his latest book, The Better Angels of Our Nature, on the decline of violence throughout history. This theory of little known sociologist Norbert Elias claims that the decline in impulsive and violent behavior since the Middle Ages (homicide down 95% since the 14th century) is due to the gradually increasing civilité needed to thrive in society.

The Civilizing Process isn't the only historical trend in Pinker’s book, but it's the one that best ties the decline in interpersonal violence to the innate human nature he documents in a host of studies on brain and behavior. People seem to be hard-wired for revenge, but also for self-control. Whether the inner angel dominates the inner demon can be influenced by the social milieu.

Why did people start down the path to giving up dinnertime dueling for the pleasantries of high table? One answer Pinker gives is the state. Knights and burghers turned into citizens who experienced more intimate state-on-man behavior. Self-regulation is more important when cops and tax collectors are ubiquitous; also when you have to curry favor with the court, or the bureaucracy.

The other answer is "gentle commerce." As the primary focus of wealth changed from farming to trade, exchange of ideas and empathetically getting inside the head of that guy haggling with you became more useful skills.

As a fan of liberty, I like gentle commerce, but it's important to Pinker for a very specific reason. The meta-narrative of Better Angels is the growing dominance of people like him—utilitarian liberals—in organizing society and how great that is. Gentle commerce is Pinker's way of projecting proto-liberalism into the pre-Enlightenment Middle Ages. You see, even before liberals existed, liberalism was working its ineffable magic on history.

In fairness to Pinker, his brand of thought isn't kooky but scientific. Before you breathe a sigh of relief, however, you need to read his account of inner psychological demons. Next to sadism, he lists ideology. We can all get behind condemning Marxism, but a closer reading reveals that by ideology Pinker means, pretty much, thoughts not derived from the lab. Some problems of the brain in Pinker's world: depression, anxiety, and beliefs.

If you doubt Pinker's antipathy to belief, just look for instances of judgmentalism in Better Angels. They occur only when Pinker discusses the "Abrahamic religions," especially Christianity. He even takes time to lecture us on the historical Jesus, pointing out the preponderance of similarities (acknowledged by Christians since the early church) to Jesus' life in pagan deities of the time--a topic totally not germane to this book.

(Of course, if there were a hundred Christian-like religions in the Roman Empire, it raises the question of why Christianity survived. One secular proposal is that Christianity simply made people better. Indeed, Julian the Apostate complained of trouble re-paganizing the Empire because Christians were such damn better neighbors than pagans.)

But not only are beliefs indefensible in Pinker's utilitarian worldview, so are values, which is why violence is central to Pinker's meta-narrative. Utilitarians can really get behind only reductions in violence and increases in consumption. In fact, Pinker basically says that MP3 players and out-of-season vegetables are his answer to Notre Dame de Chartres. The Better Angels of Our Nature is Pinker's apologia for having his set continue to sit in state at Cambridge.

If you're still unclear where Pinker parts company with other fans of gentle commerce, just turn to his chapter on children's rights. For Pinker, children stand in the same relationship to the state as adults. While this principle is probably inculcated in the law already, its logic hasn't been extended, and Pinker is all about extending logic. What happens when some day DHHS decides you have to get special permission to expose the little citizen you're raising to violence-inducing activities like Scottish Highland Games, where battles are remembered, feats of physical strength praised, and animals made to work for man?

In fact, you don't have to read the book to understand what I'm getting at, you just have to look at the portrait the author picked for the dust jacket. A Chuck Close-esque androgynous, disembodied head stares back. If it could speak, it would say "I'm sorry, Dave, I'm afraid I can't do that." In Cambridge, the alternative to the rule of diversity dogma is the rule of reasoning divorced from human aims and sensibilities.

[I had to cut some of this essay out to fit TakiMag's wordcount for article submissions. In summary, Pinker says civilization is the result of greater state control of the population and more of the commerical-financial style of thought necessary for trade. But he is completely okay with elites making laws for the sake of abstract concepts rather than people and then forcing them on the population--i.e., civilization is the result of the world moving away from humanity.]

The Civilizing Process sort of ended in the 1960s, and to find out what Pinker thinks of current culture, you have to read the book. What I thought of while reading is the history of the fork. That pronged utensil, once shunned as a symbol of devilry, is accepted everywhere. Now, whenever I see my forks and butter knives, it reminds me of utilitarian triumphalism. While I don't want any church to start dictating table manners, I'm going to make more use of my steak knives in the future.
posted by Chris on Thursday, March 29, 2012
Newer Post Older Post Home