While the Tungus may have been pipe smokers back in the day, the Tsaatan of today are chain-smoking cigarette users from what I've heard.

Here's a roll-your-own scene from the film Lords of the Animals: 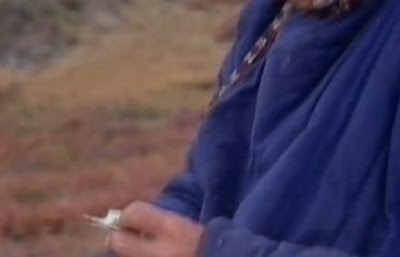 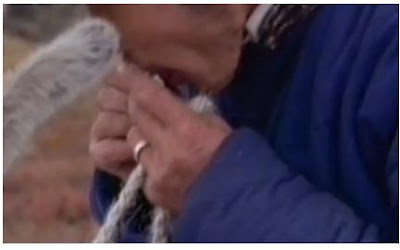 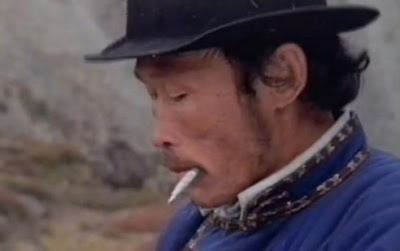 Hamid Sardar's films on Vimeo show the Tsaatan smoking quite a bit. Every time someone is inside a teepee, something is burning.

In one scene, a young girl lights a homemade cigar with an ember from the fire, then passes it around to the other young people in the teepee. Nearby, a boy no older than his early teens is puffing away on a long homemade pipe, while his friends are passing around various tobacco products. 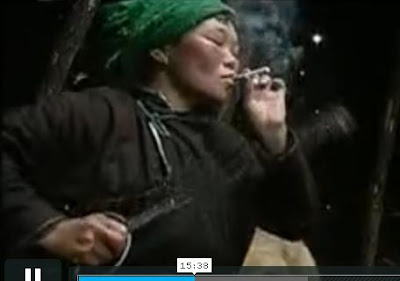 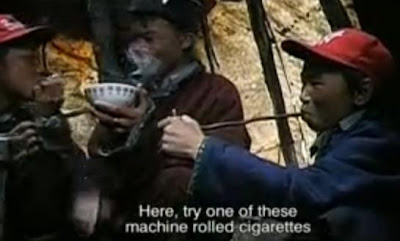 Later in the film, a man is smoking a quite handsome rugged-looking pipe while riding "reindeerback". 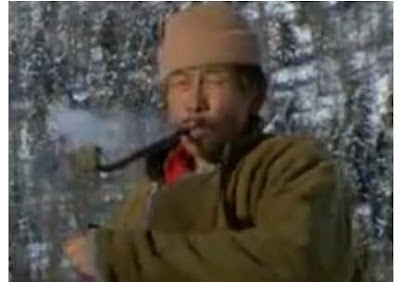 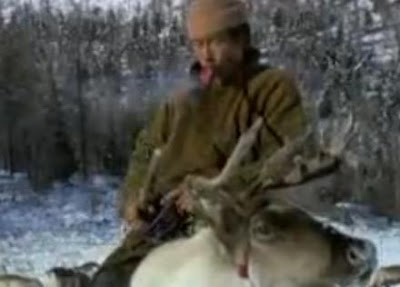 The Mongols also have tobacco traditions, including a traditional tobacco pouch that men wear tucked into their sashes. It usually contains a type of snuff that is perfumed with an individual scent. On greeting someone, you exchange snuff containers and try the other person's. I did this at Tsagaan Sar, but I don't care for snuff, whereas I am forever under the spell of pipes and cigars.
posted by Chris on Monday, March 05, 2012
Newer Post Older Post Home