Back in early June, I attended a Heart Teaching Day conference on campus hosted by EXPLORE (EXperience and Professional Learning Opportunities Result in Excellence), a committee affiliated with the local hospital, the county department of health, and the local community college and university. 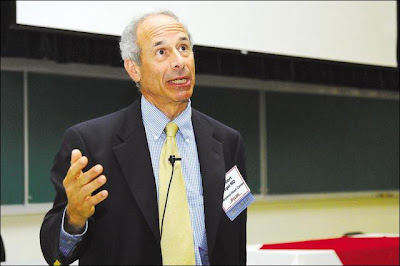 Two of the talks--on current views of lipid management with statins and lifestyle changes for heart health--were given by Dr. Robert Vogel, a cardiologist and author of The Pritikin Edge, which I decided to order after the conference. I was excited because Dr. Vogel's PowerPoints were full of discussions of the research. Charts, graphs, citations. Plus, the things he was talking about seemed like a change from the old "super-low-fat and long bouts of low-impact aerobic exercise" Pritikin advice. He discussed the value of eating the right fats and exercising with HIIT (running can actually be bad for you!). From what I could tell, he was basically saying that the new Pritikin recommendations were converging with other diets that weren't quite so... unpleasant. During the Q&A session, someone asked him to discuss the differences in fish--were there healthy and unhealthy fishes to eat? He ran out of time, so he just said, "well, just buy the book, it's all in there."

Well, it's sort of all in there. The charts and graphs are gone and the book doesn't have any citations. (I suppose most people will think that's a good thing, though.) I don't mean to imply that this stuff is made up, but what if you want to go deeper? The recommendations themselves are the same as at the conference, but the emphasis given to them is quite different. It's as though this book is struggling to put new data and 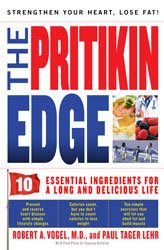 recommendations into the old-timey Pritikin mold so as not to have to admit that the old Pritikin diet had any problems.

For example, the book describes a jogging routine using fast and slow rhythms, but doesn't actually say "HIIT," and this comes at the end of a section on doing more walking. If you didn't already know better, you'd come away from this book with the idea that the exercise recommendations are for lots of... long bouts of low-impact aerobics, like the old Pritikin recommendations. Although "resistance exercise" is recommended, the space devoted and examples leave one with entirely the wrong idea. Squats with 5-lbs dumbbells don't cut it unless you're starting off as a completely sedentary elderly person. Exercises like bicep curls and calf raises are simply dumb if all you're trying to do is keep fit. A much better recommendation would be the three-to-five-exercise routine found in Body by Science. Also, I'm far from convinced of the usefulness of stretching for fitness. Here's a place where the lack of citations really hurt. How can I be convinced?

My main problem with the Pritikin program is that it doesn't seem to acknowledge any sort of perspective. For example, it attacks olive oil because olive oil is only better than butter but not the best oil you could use (canola). Well, honestly, if you could get someone to switch from butter-basis to olive oil, isn't that pretty good? In his forward, Dr. Vogel talks about adding 7 years to your life. Well, how much of that is the difference between olive oil and canola oil and how much is the difference between butter/lard/transfat and olive oil? What's the cost-benefit analysis if you like olive oil but not canola?

An annoying thing about this book is the constant attack on low-carb diets. This is just a continuation of the Pritikin-Atkins wars that go back to the 1970s. Is this book about best practice or about taking book sales away from Atkins? Dean Ornish's old recommendations were also incorrect, but Pritikin doesn't beat up on the 10% solution. Some of the debating points are not even valid (e.g., protein will not cause kidney failure without other intervening factors). Atkins could be done with the same fish, beans, and leafy greens that Pritikin recommends. During the conference lunch, we had a buffet including:
I sat at the same table as Dr. Vogel, who ate a roll, the Chinese vegetables, and iced tea. I ate the chicken breast, the spinach salad, and a half-glass of iced tea. I skipped the peanut sauce. I skipped the roll, the lasagna, and the vegetables (because I didn't know how much sugar and salt was in the sauce). I had one serving and was satisfied. Dr. Vogel went back for seconds on the veggies and had two glasses of iced tea. There's no way he did a better job than I did for calories and nutritional density, but he skipped the protein. To what end? Take that Dr. Atkins!

The issue that ketogenic-to-low-carb diets like Atkins address are the psychology of dieting and weight maintenance. And you won't find that addressed in Pritikin, either, except through their satiety principle, which is basically that if you fill up your stomach with celery you shouldn't be hungry anymore. Voila! Unfortunately, I don't think that works. I've gorged myself on high-roughage salads before and sat back and said "that sucked, I want something else to eat." Satiety is about more than filling your stomach. 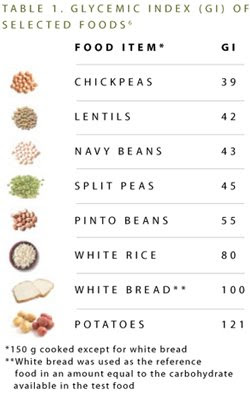 During the conference, Dr. Vogel told us, "if someone starts talking to you about the Glycemic Index, you should stop listening to them because they don't know what they're talking about." And then the carrot example comes up... Yes, carrots can be high on the Glycemic Index (when indexed against bread), yet not bad for you. They don't spike your blood sugar/insulin because they don't have a lot of carbs in them--i.e., they have low Glycemic Load. But carrots are an anomaly: a good food that is bad on the GI lists but good on the GL lists. The opposite--a bad food good on the GI lists but bad on the GL list--I can't think of. So, if you're talking to a patient, which makes more sense: (1) teaching them about GI and causing them to skip carrots; or (2) teaching them about GL and forcing them to learn how to weigh and measure foods when they eat out? Look at the chart above. Which would you rather do while standing in a cafeteria line--just choose beans or try to choose the right amount of rice to get a certain Glycemic Load? 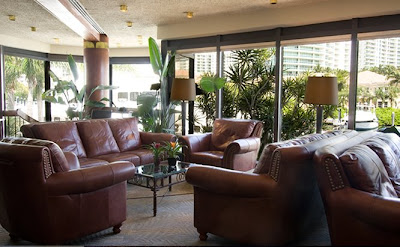 This Glycemic Index issue is another example of the perspective-psychology problem that Pritikin seems not to be aware of. The book makes reference to the CEO of Barnes & Noble, Bill Clinton, and other Pritikin devotees who are apparently professionals. The Pritikin Spa in Florida attests to the socio-economic level of the people using Pritikin (see above; this fall, only $3900 per week!). Any recommendations are easy if you live with a lot of resources in environments that you can control easily. Again, looking at cost-benefit analysis and usability in the lives of normal people, does it make sense to recommend only what's going to extend life-span the most in the best case scenario or to balance that with what's going to have the biggest bang for the buck and is most likely to work in most people?

Anyhow, for my complaining, I think The Pritikin Edge is a good book. I'm sure the diet recommendations will go far toward helping your heart if you can follow them. The exercise recommendations will do okay, too, even though I don't think they're all best practice. The book's production is good, although the lay-out probably could have been improved.
posted by Chris on Sunday, July 12, 2009