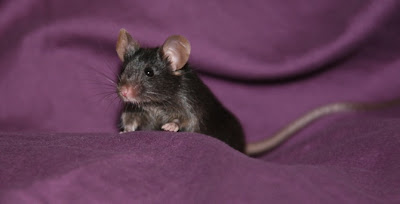 Luckily, they were grown from mice skin cells. Phew!

Seriously, as the WIRED article says:

The goal was to create an animal made entirely from reprogrammed cells, and to confirm that reprogrammed cells “are as good as embryonic stem cells,” said Beijing National Stem Cell Bank director Qi Zhou, co-author of the study published Thursday in Nature.

Much more research is needed to meet the second of Zhou’s criteria, but fulfilling the first is remarkable enough. Just three years ago, it would have been inconceivable.

This "inconceivable" is a bunch of crap. Political crap. When they say "inconceivable," they really just mean the technology wasn't there 3 years ago. Let us be frank. Matter has an essential mechanical character due to its Lego-like atomic structure that makes it manipulable. Eventually, we will be able to build cells and genetic systems from the atom up if not from the subatomic level up. This idea that we "must" have access to embryonic stem cells because we "can't" use anything else is not only crap, it's silly, and it's disingenuous for anyone to say otherwise.

Hopefully, Zhou's protocols will be easily adapted. It's sad that this technology is being brought out by communists rather than western democracies.
posted by Chris on Thursday, July 23, 2009