Tomorrow is September 11th. Most Americans remember the day as the anniversary of the World Trade Center attacks. But there is another more uplifting anniversary that Americans can celebrate on that day as well.

In 1814--the last year of the War of 1812--the British advance from Canada was stopped on Lake Champlain and at the city of Plattsburgh, NY. This action, which potentially saved the integrity of the present US borders, has become known as the Battle of Plattsburgh, and the city hosts a commemorative celebration each year on this weekend. 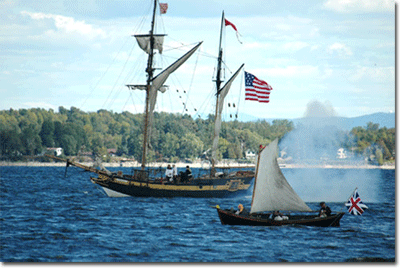 For several years now, Her Majesty's Royal Marine Concert Band of Cobourg has attended the event as well, putting on a marching show during the day and a concert show at night. 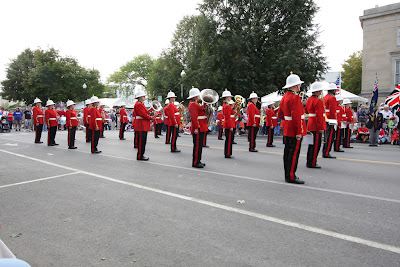 I attended the night performance this evening, and it was quite a good show, starting with God Save the Queen, performed without irony. You can sample mp3's of their music, such as The Army of the Nile [mp3].
posted by Chris on Saturday, September 10, 2011
Newer Post Older Post Home