Earlier this week, I wrote about Lucid Dreaming, a book by Celia Green. Today, I briefly review two of her other works, The Human Evasion and Letters from Exile, looking for their applicability or usefulness to health care professionals.

Review: these books are not useful for healthcare professionals. Voila! 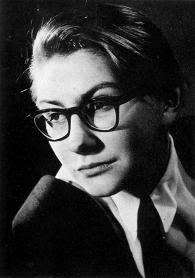 Although I believe Ceila Green (now about age 75) is a smart woman who did some pioneering work in lucid dream states, these two other books by her reveal her to be a crank with a massive chip on her shoulder. She was, apparently, a precocious child who went to university in England but was then not able to advance to a tenured academic position. She blames this failure on 'the system' and its insistence on conformity of different kinds. This history is chronicled ad nauseum in Letters from Exile... 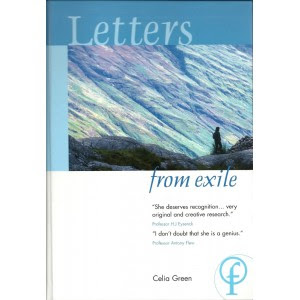 The rest of Letters from Exile consists mostly of her repeating the story of how she wasn't allowed to enter university at a young age because the educational establishment wouldn't let her take the required exams. Yawn.

Frankly, while her critiques of the establishment have some merit, they are not original or insightful and have been made much better by various other people over the last 50 years. Letters from Exile is not worth buying or reading. The author tells us she is a good writer, but I could have been fooled into thinking otherwise. 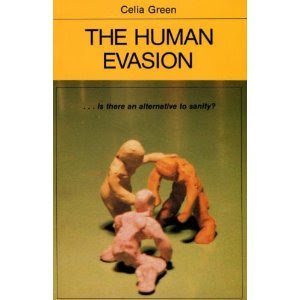 In The Human Evasion, available online for free, Green takes a long time making the point that most people's analytic efforts are expended on food, reproduction, and day-to-day activities rather than on problem solving or scientific or philosophical questions. Since people are designed for eating and fucking and not for research, it is hard to understand what Green's point is, other than that the book allows her an opportunity to make some debating points with modern theologians and physicists on the irrationality of their respective fields. Green deals in radical skepticism, a perspective that is indubitably true on some level. On the other hand, the success of modern technology goes to show that it is not really a necessary assumption for the advancement of science and civilization. The fact that Green might be smarter and more insightful than some people who are publishing in peer-reviewed journals today is... yawn.

The Human Evasion, is essentially Green's apologia for being an ass in human affairs. She suggests that people who are interested in answering questions about the nature of the universe will feel a sense of urgency that justifies their eccentricities. Of course, it is not clear why Green or anyone else should feel a sense of urgency in answering questions about the universe. What will the knowledge get them, other than their name in lights? And what will that get them other than money, power, sex, and the other things Green derides? No, this too, while better written than Letters from Exile, is not worth the time and effort.
posted by Chris on Monday, September 05, 2011
Newer Post Older Post Home