In view of recent posts, and not to miss out on the ostensible purpose of this blog...

There is a Lego nurse figurine now. 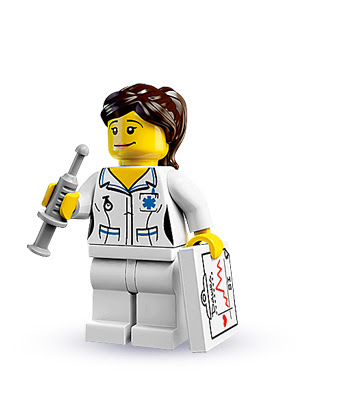 Note that the nurse is female, and holds a chart and a needle rather than, say, a stethoscope. The fact that she wears a small watch pinned to her uniform indicates that this figurine was probably designed by Europeans, as the pin-watch seems to be popular in England but not in the US. (Note that studies published in the APIC journal show that wrist-watches are not a vector of infection.) The needle, of course, is a typical symbol of nurses, as per my posts on The Sexy Nurse.

In keeping with this theme of medical unrealism, Lego produces a doctor figurine who drives a cross between a monster truck and an ambulance. When was the last time you heard of a doctor riding on an ambulance? 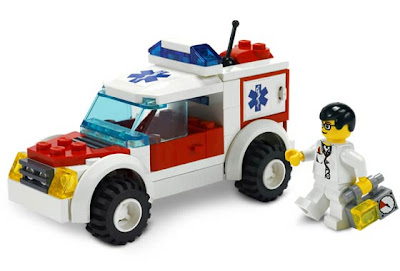 An independent/amateur builder has done a more realistic job of creating a nurse figurine by combining the body of a doctor with the situation and other accoutrements of a nurse. 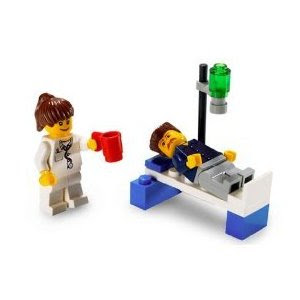 Note that this nurse wears a stethoscope and is carrying a glass of water for the patient. This is actually much more realistic than the nurse carrying a chart.

These Lego doctors and nurses come after much earlier attempts. 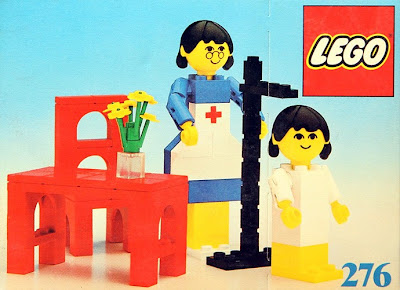 In the very early days of Lego, figurines were not as small and were more "built" looking. 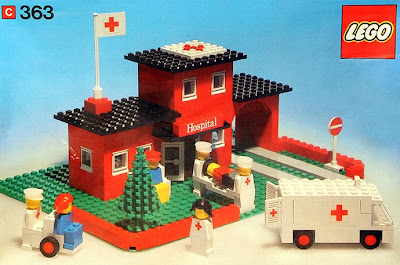 This hospital is, I believe, one of the earlier sets availabe. 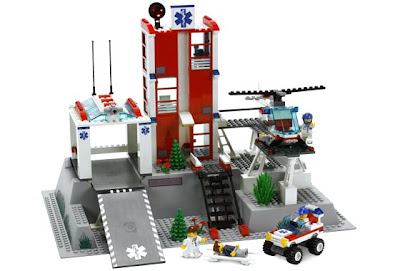 This hospital/trauma center is one of the later sets. 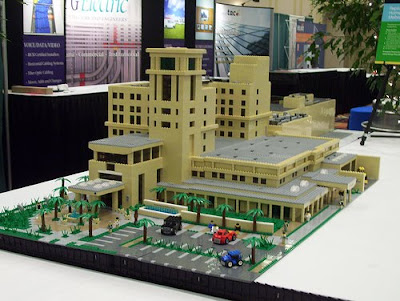 And this more realistic and more life-sized medical center was created by another amateur builder, I believe.

Admittedly, a hospital is a large and complex place without much outward design cues to help when rendering into Lego, so it's not such a surprise that there aren't more. Scenes from medical life seem to be more common. 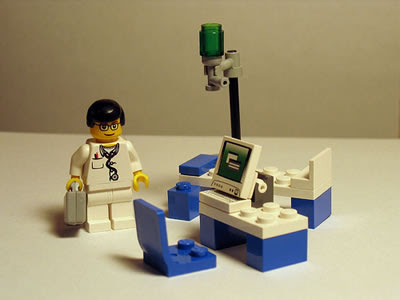 I'm putting my money on an opthamologist's office here. 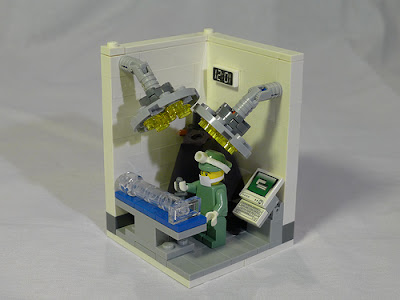 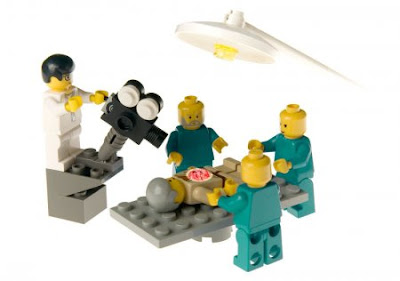 And these are clearly surgical suites. 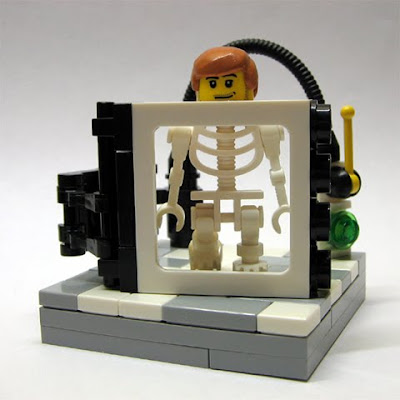 This x-ray is my favoriate, although it is more a staged photo than a built scene. 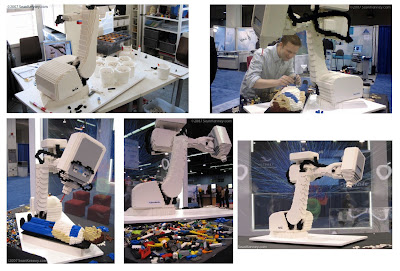 Click on this photo to see it full size: a life-sized Lego reconstruction of a robotic surgical assist.

And last but not least, this Lego re-enactment of VE Day. 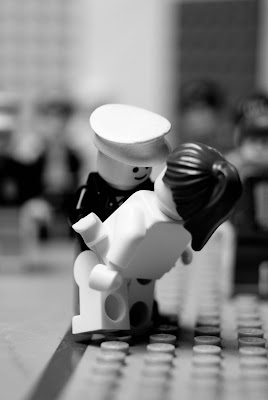