The book Profiles in Ethnology is an overview from 1978 of hunter-gatherer and primitive agriculturalists from around the world. It contains a lot of profiles that might be of interest to those studying ancestral health paradigms, such as the !Kung, Eskimos, or Andaman Islanders. However, I was interested in it for its profile of the reindeer Tungus of Siberia. 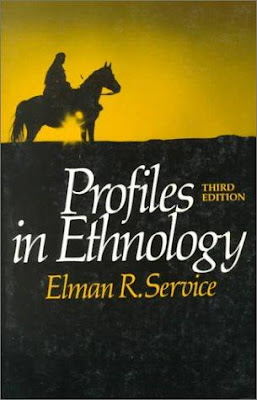 The reindeer Tungus of Siberia are not the same people as the Tsaatan or Dukha of Mongolia and the Tuvans. 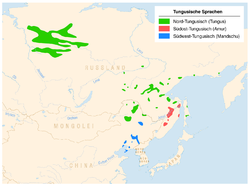 For the geographic differentiation, see the map at right: Tungus are in green and red, while the Tuvans are located in the northwest of Mongolia and in Tuva.

However, reindeer herding is sort of a trans-eurasian phenomenon across the north. As this profile points out, differences seem to be largely due to the influence of people to the south. So, for example, in the far east of Siberia, reindeer herders use the animals mostly at pack animals, while in the far west, reindeer herders (the Sami in this case) use their animals more like their southern neighbors in Scandinavia use domesticated animals.

In Asia north of Mongolia, reindeer herders have cultural artifacts similar to Mongolian ones and live a life of nomadic herding rather like the Mongolians to the south. This is true of the Tuvan peoples as well, so the Tungus and Tuvans do have some cultural connections. Their distinguishing characteristics from an anthropological perspective are linguistic. Tungusic language is a third branch of the Altaic group, along with the Mongolic and Turkic branches. Tuvan language is Turkic.

Interestingly, the word "shaman" comes from the Tungusic-Tuvan cultural heritage. The reindeer herders believe some people are priviledged with special abilities to communicate with the spirit world (e.g., ancestors) via trance states. Apparently, "shaman" came into English via Russian, as Russians had the first western contacts with these peoples.

There's not much else to say here, unless I start repeating details of Tungus culture, which you should read about in the book (only $0.01 on Amazon). Other chapters that looked interesting to me were ones on primitive Irish countrymen and on the "Kingdom of Siam," i.e. Thailand. Having been to modern Thailand, it is surprising to have "Siamese" listed among ethnologies of "primitive" people. Of course, the book is from 1978.

Again, recommended to those interested in ancestral health. Not so much for health care workers otherwise.
posted by Chris on Tuesday, February 21, 2012
Newer Post Older Post Home