A lot of bloggers are writing about Murray's Coming Apart, his new book about the growing class divide in American society. In a clever ploy, Murray has included in the book a survey you can take that assesses your insulation from "mainstream" America, what Murray calls being in the "bubble". It's clever because it's just the sort of thing people in the "bubble" will love--an objective measurement tool that acts as social signaling--sure to get people in the reading set to pay more attention. 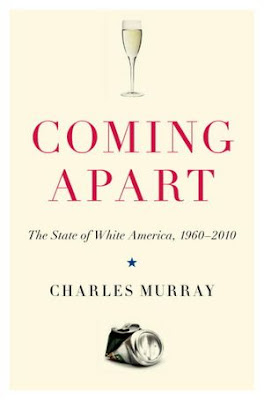 Although doctors (and to a lesser extent PAs) are thought to be in the upper or upper middle classes (i.e., in the "bubble"), to a large extent they work like blue collar workers: uniforms, on their feet, nasty body fluids, etc. Clearly, nurses and other non-doctor HCPs are not in the bubble at all. So, taken as a whole, the health care industry should really be seen as part of the laboring and service-industry-oriented "mainstream" America.

That observation is not very interesting, really, given our cultural assumptions. The process of realigning health care, including medicine, as a middle and lower middle class industry is connected to its growing involvement with government and the declining importance of creative and integrative intelligence for 95% of what medicine does (which is essentially using humans as database/search functions to match up symptoms, diagnoses, and the standardized treatments recommended by medical associations like AHA). As the government becomes more and more the payer dictating terms to the doctor, the doctor becomes more and more the employee. As care becomes more and more standardized, the doctor becomes more and more the implementer, more and more like middle management rather than like an autonomous professional actor. The process of defining health care down has gone farther in the UK, where doctors in the national health service are basically wage workers with mediocre reimbursement. The end of the process will be the replacement of much of MDs' mental work by computers and much of their physical work by RNs, mid-level providers, and technicians. Then the bubble will be composed, even more, of the university, government, and finance.

I'm too cheap to buy the book, so I'll wait for the interlibrary loan service. But AEI has posted a truncated version of Murray's survey, so you can see how insulated you are from mainstream America.

I took it twice. The first time, I answered the questions with literal truth: e.g., when it asks you if you ever participated in a parade, I said yes because, when I was in high school, everyone in the band had to participate in marching band as well. The second time, I answered the questions as they apply to my current/mental life: e.g., I have no opportunity, need, or desire to be in a parade ever again, so I said no. 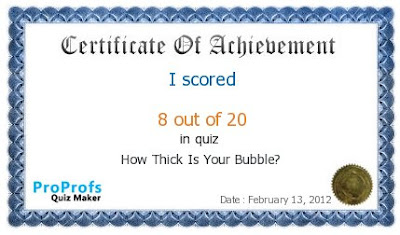 Eight is actually quite low. I'm an Eagle Scout and grew up believing in civic virtue and responsibility. You'd think I might score higher than 8. On the other hand, I have pretty clear ideas about aesthetics derived from an upper middle class mother and university professor father. My fridge will never be stocked with domestic mass-produced beer. Nor will I be able to identify a NASCAR driver. And, despite recent posts, I don't actually read TMZ--I came across that site by accident.

The second time 'round, I scored only 4 points out of 20. And this high score came only because I answered yes to questions hypothetically: I would hunt given the opportunity... although in actuality, I don't. 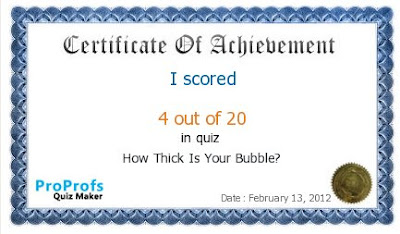 So, in fact, I am isolated from mainstream America, although my bubble is one of its own making: I listen to Bach, but not NPR; I wear an overcoat, but denim shirts as well; I don't watch television, but I also avoid the telephone; I like alternative energy, but I'd choose uranium over wind; I dislike Palin, but I dislike Obama more; I shop at the local food cooperative, but I buy meat there and don't believe in whole grains; I despise cigarettes, but adore pipes and cigars; I want to help indigenous people maintain their lifestyles, but I generally disapprove of international NGOs; I love mountaineering, but I eschew wearing technical clothing from REI in the city. I am WP, but not SWPL.

My life raises two questions vis-a-vis this blog. Can someone in a bubble work effectively in a service-oriented industry like health care? How can someone in my line of work maintain my lifestyle?

The answer to the second question as to do with trading up. I don't really make enough money to live well, but as Guru Rao points out, by choosing to make sacrifices, you can achieve higher standards in certain facets of life. Trading up is a phenomenon directly connected Murray's book and the growing class divide. 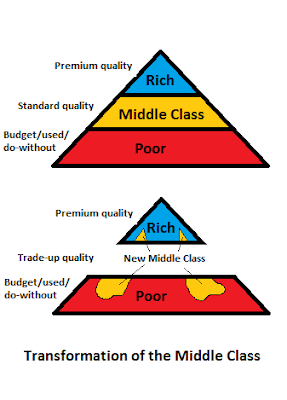 The answer to the first question is not very easily. Although I'm fairly personable, a good listener, and ask questions freely, one can only make so much connection with patients and family when there is a large cultural gap. And frankly, it can become extremely tedious to have to go to work each day knowing that one can never express opinions to co-workers or patients without being seen as "uppity." That's actually the biggest appeal to me of the CRNA, but it's also not a good reason to pursue anesthesia. Life isn't easy. That's why you have to look for your own little platoons.
posted by Chris on Tuesday, February 14, 2012
Newer Post Older Post Home