I found this book called Mongolia, Unknown Land by a Dane named Jorgen Bitsch. It chronicles his travels through Mongolia in 1960. Chapter XIX is called "Last of the Tsatang" and is about his journey to meet a remote reindeer-herding people who speak a separate language. Many of the names in his book are phonetic transliterations; Ulaanbaatar is "Ulan Bator" and Lake Khövsgöl (or Hovsgol) is "Lake Khobsugol". I'm thinking that "Tsatang" is what we would spell Tsaatan today, although I can't be sure. These "Tsatang" live near the "Grong" River and the nearest city is "Ulan-All." I can't identify either of these landmarks on a map, nor do they come up in Google. If the Tsatang are a different people than the Tsaatan, they must surely be related--perhaps another reindeer-herding people that has disappeared since 1960?

updated 1/21/2012:
I am pretty certain now that these "Tsatang" are Tsaatan people. Tsaatan are Tuvans, whose territory was divided when the current Mongolian borders were created. The Tuvans were repeated expelled when they tried to roam in their Mongolian territories until they were given Mongolian citizenship in 1955. They continue to use tee-pees today, and the city "Muren" must be Mörön.

Images should enlarge so that the text is readable... 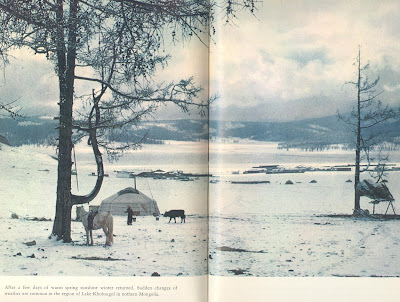 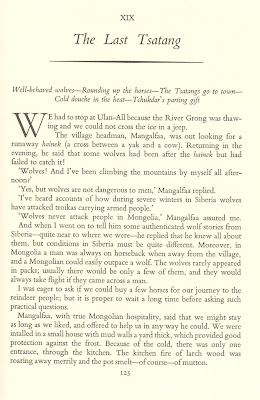 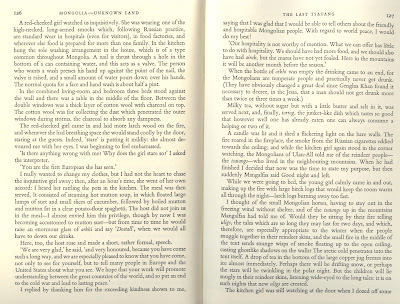 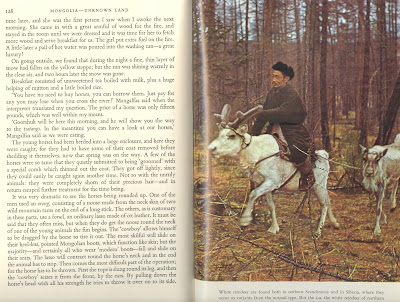 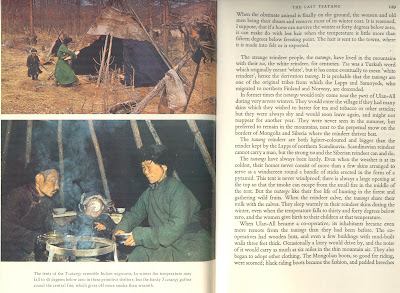 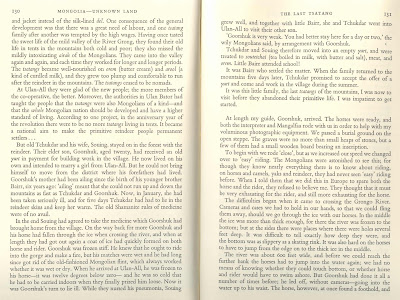 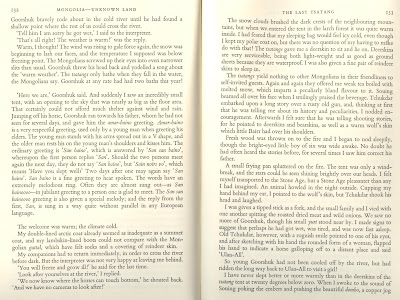 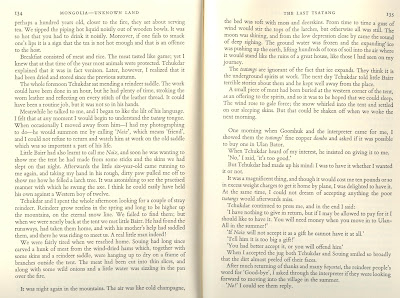 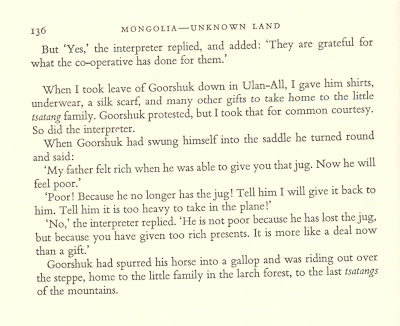 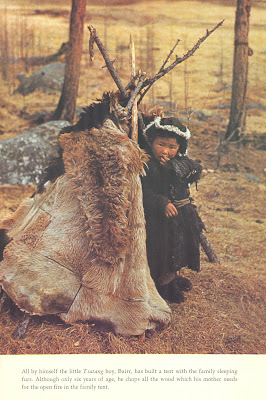