My cousin was married over the weekend (and still is!). Here she is with one of my other cousins before the celebrations started later in the evening. I was determined not to eat any wedding cake. I easily avoided cheap dinner roles at the reception (New York strip steak entre), but I was wondering how I was going to avoid the wedding cake when she broadsided me by not having one. 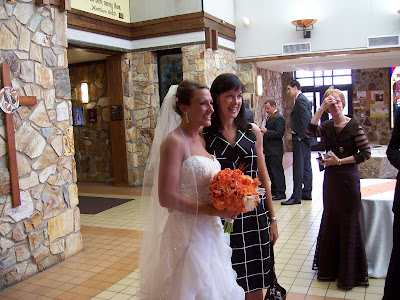 It wasn't easy to fit the wedding into my schedule as I had wanted to go to the Ancestral Health Symposium in LA. But agreeing with Joseph Pieper that festivities are a natural expression of the fundamental goodness of creation, I decided a celebration with relatives I haven't seen in years was a better use of my time. 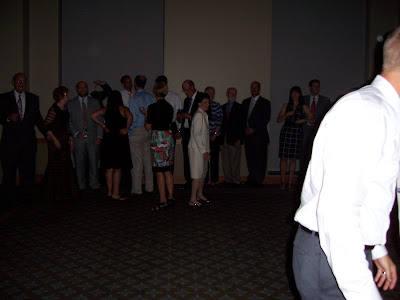 I am not short, but my family is one of the few groups I can get together with where I am the short, non-athletic one. I'm still better dressed, though.

On the way back, I had a difficult time finding food. The Martini Lounge in the Detroit airport made me choose between shrimp cocktail and salmon patte in order to "stay Paleo". Everything else was a sandwich or "panini." The shrimp ended up being limp and tasteless. But the martini was okay. (Paleolithic man would have drunk martini's had he known about them...)

Although I avoided most items with sugar over the weekend, I broke down when it came to Whitey's Ice Cream. The Quad Cities area of Iowa was an early, local battleground for the Dairy Queen chain (founded 1940) and Whitey's (founded 1933). While DQ went national and its product suffered, Whitey's stayed local. 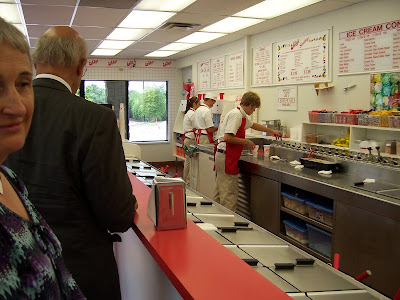 They produce a mean chocolate malt. Note that the shake machines are built into the wall. This is because the malts and shakes are very thick. They'll hand them to you upside down if you want (we wanted). I could easily give up bread, pasta, and cake for good, but I really love ice cream.