Rupert Murdoch is much in the news. Listening to RadioDerb today, I learned of the attempted pie-ssassination of Murdoch and his defense by wife Wendi Deng, now known as "Tiger wife." Here's an excerpt from Derb:

At an opportune moment Mr Marbles stepped forward with his pie and started swinging it in the direction of Repurt Murdoch's kisser. Rupert's other kisser, which is to say his wife Wendi, was sitting right behind Rupert. Before Mr Marbles could connect pie with face, the enraged Wendi leapt to her feet, leaned forward over hubby, and gave the assailant an almighty smack upside the head. Quote from Mr Marbles, talking to reporters after security people had tackled him & led him away, quote: "I remember the rage in her eyes. I could see there was genuine emotion in her eyes. I wouldn't like to have a re-match with her."

To me, that sounds pretty cool. I can't approve of trophy wives, but if you're going to have one, that's the kind to have. Wendi is no wilting flower, either. 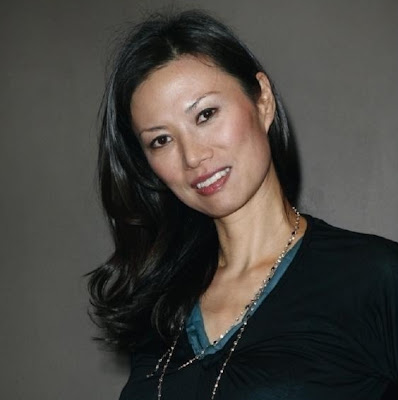 However, if we look her up on Wikipedia, we discover that Mrs. Murdoch is vegan.
Murdochs are vegan?!
For some people, this probably poses an ideological conundrum of the variety

For me, it is an altogether different sort of conundrum. Could it be that Wendi is still fit and pretty at 40 because she's a vegan? Or could it be that she has pretty much unlimited time and money to spend on healthcare? Hmmm... vegan, or unlimited access to drugs, supplements, cosmetics, trainers, and designers devoted to making her look youthful and healthy?
posted by Chris on Sunday, July 24, 2011
Newer Post Older Post Home