My relatives in Norway e-mailed right away to tell us they were okay. We didn't even know there had been a bombing in Oslo. Details are grim, especially of the shooting, and the bomb blast looks to have been quite devastating. 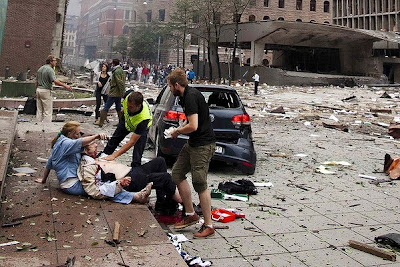 The bomber Anders Bering Breivik is the son of a liberal Norwegian diplomat and a nurse. 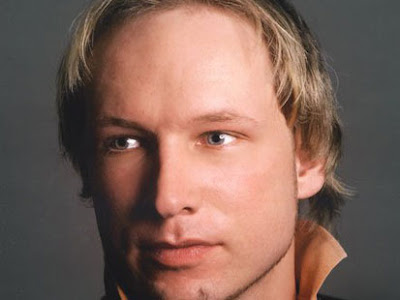 His fantastic self-styling as a latter-day Templar says to me that he was not quite in touch with reality. Perhaps not crazy, but so wrapped up in theoretical and historical concerns that he lost a sense of proportion. He wasn't stupid, though. As others have pointed out, he planned all this methodically, and he also hacked his mind and body with weightlifting, steroids, and meditation in order to maintain the motivation required to finish his plan.

He seems to have actually read scholarly works on intellectual history. His 1500-page manifesto, titled 2083: A European Declaration of Independance is available in its entirety as a PDF download from the Internet Archive.

In keeping with the main theme of this blog, I point to Breivik's comments on Abraham Maslow. Anyone who has been through an Intro to Psychology course has probably heard of Maslow's Hierarchy of Needs. The Hierarchy has been the basis of various theories of health and nursing. 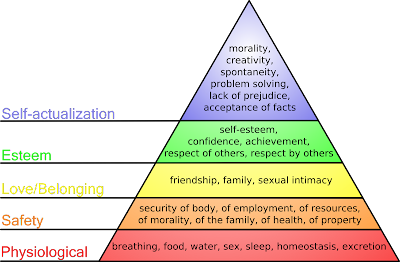 In Breivik's perspective, Maslow was either a part of or a dupe of Marxist plans to overthrow western capitalism slowly, by undermining the cultural and spiritual basis of European civilization.

Although this sounds a little crazy, it's actually not. As I said, Breivik seems to have read scholarly works of intellectual history, and the connections he makes between Marxist revolution and liberal political correctness exist, even if they don't constitute a conspiracy. Here's an excerpt from 2083 on Marxism, feminism, and Maslow:

In 1923, Lukacs and other Marxist intellectuals associated with the Communist Party of Germany founded the Institute of Social Research at Frankfurt University in Frankfurt, Germany. The Institute, which became known as the Frankfurt School, was modelled after the Marx-Engels Institute in Moscow...

Through her book The Feminine Mystique, Friedan tied Feminism to Abraham Maslow’s theory of self-actualisation. Maslow was a social psychologist who in his early years did research on female dominance and sexuality. Maslow was a friend of Herbert Marcuse at Brandeis University and had met Erich Fromm in 1936. He was strongly impressed by Fromm’s Frankfurt School ideology. He wrote an article, “The Authoritarian Character Structure,” published in 1944, that reflected the personality theory of Critical Theory. Maslow was also impressed with the work of Wilhelm Reich, who was another Frankfurt School originator of personality theory.

The significance of the historical roots of Political Correctness cannot be fully appreciated unless Betty Friedan’s revolution in sex roles is viewed for what it really was – a manifestation of the social revolutionary process begun by Karl Marx. Friedan’s reliance on Abraham Maslow’s reflection of Frankfurt School ideology is only one indicator... The belief that matriarchy was the solution to patriarchy flows from Marx’s comments in The German Ideology, published in 1845...

It's too bad Breivik didn't idolize the knights hospitaller rather than the knights templar. Then he might have joined the Most Sovereign Order of Malta and become a health care professional rather than a muderer. 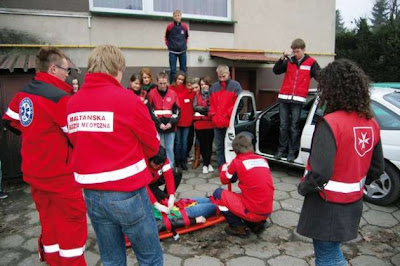