I just learned from CNN that Michael Crichton, the author of Jurassic Park, died on November 4th from cancer. He was 66, but check out his photo on the CNN site from 2005 when he was 63. That's one of the most youthful 63's I've ever seen. It makes you wonder if his cancer was induced by some experimental anti-aging self-treatment like HGH. I don't mean that as a slur, though. I think any experiment like that by someone like Crichton would come intellectual curiosity and an exploratory spirit rather simple vanity. 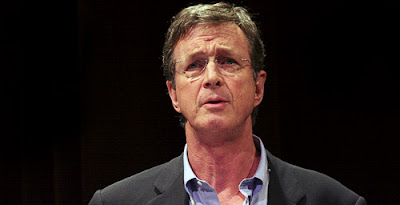 I will remember Crichton fondly. A good friend from high school named Matt Patrick who I have lost contact with started reading Crichton and convinced me to try. (I don't generally read "best-sellers.") The first book I read was Congo. I went on to read Eaters of the Dead, Jurassic Park, Sphere, and Rising Sun. I will always remember my high school days immersed in these novels, riding in cars or buses, and feeling connected to my friend. He was so enthusiastic about these books, it was infectious! I wish I had followed his plan rather than my own and gone into science. Perhaps I would be a virologist now. Anyhow, my dad also read a number of his books, including State of Fear. Crichton may have been on the wrong side of science in the long run, but he was on the right side of the argument. I don't think most people get the point of State of Fear, which is that truth is obscured by propaganda and scare-mongering, even when it is true propaganda.

Crichton should be remembered by health care professionals for at least two reasons. First, in our current world of mega-selling celebrity authors like John Grisham, Crichton was an authentic physician and wrote from that perspective. Second, he popularized a lot of themes relevant to medicine and health such as genetic manipulation and pandemic infections.

I intend to go back and read some of his earlier work, which is oriented at the medical field. I wonder what would have happened if I had read that material as a high school student...
posted by Chris on Thursday, November 06, 2008