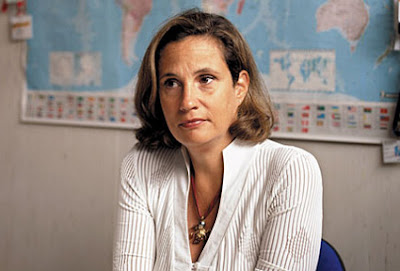 Seed magazine's "Revolutionary Minds" currently features people who are changing the way science is communicated. One of them is Ilaria Capua of the Global Initiative on Sharing Avian Influenza Data:

In 2006 virologist Ilaria Capua was studying samples of avian influenza from Africa. The World Health Organization asked Capua to deposit the genetic sequence of one of her samples into a database to which only a select few laboratories had access. She balked. "I said, 'Wait a minute, we're talking about a serious potential threat to human health. We know very little about how this virus is moving. Not enough scientists have had the opportunity to look at this virus.'" So Capua opted to put the sequence in GenBank, an open-access database, where it was downloaded 1,000 times in a single week. Capua's small act of rebellion was just the spark for a much larger challenge to the system...