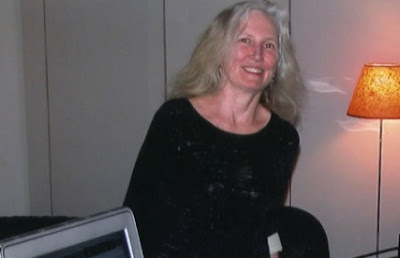 As you may have seen in the news, pharmaceutical company Wyeth was sued by Vermont resident Diana Levine over the labeling of Phenergan (now what drug class is that, nursing students?), and the case is now going to the Supremes (and I mean the ones headed by John Roberts, not the ones headed by Diana Ross).

If you check out the links at right, you will notice that just about any place in Vermont is local for me. Plus, it just so happens that one of the largest employers in the local area is... Wyeth. (Kind of ironic, no?) When I was growing up, Wyeth was called Wyeth-Ayerst Labs, and they had a research facility in nearby Chazy, NY, that employed smart people. (My coolest Boy Scout leader was an avid rock climber named Steve Bailey who was also a statistician in animal research.) The facility produced papers like this one, which was published the year I graduated from high school:

Now, Wyeth has closed most of the facility and just maintains a manufacturing plant that they are planning to shut down in the near future. That will mean one more blow to the area economy and culture, which has been going downhill since the closure of Plattsburgh Air Force Base. In line with the rest of the area, the local newspaper printed an article about the case on the front page today, but had to use an AP article rather than their own reporter... stop me if I'm boring you...

Anyhow, the case went up to the higher court because Wyeth argued that federal approval of drugs and drug labeling protected pharmaceutical companies from responsibility at the state level for inadequate warnings on drug labels. I'm not a lawyer, but this seems like a pretty decent argument. Certainly not a slam-dunk case of pharmaceutical evil, like other recently uncovered nefariousness (and, by the way, the blog after the link is excellent and a great example of the usefulness of ResearchBlogging).

For those unfamiliar, the nine Supreme Court Justices are very smart and well-informed and read ahead of their cases. Probably their opinions are pretty well made up by the time the lawyers for the two opposing sides get their day in court, which is called the "oral arguments." Nevertheless, the oral argument is the sexy part, so that's when people start paying attention for realz. In Wyeth vs. Levine, the oral arguments started Monday, and you can follow them at the FDA law blog or at the Wall Street Journal law blog. Also, there is coverage the Drug and Device Law blog, including an on-the-scene report of the oral argument, which should be informative for you if you never pay attention to that stuff. In fact, here's a small sample:

Scientific American points out that this case is interesting because it wouldn't normally reach the Supreme Court:

However, the court has granted review in a series of pre-emption cases, and it seems to me that the Court might be attempting to articulate a clear pre-emption doctrine. What we have, at least in the implied pre-emption context, is a lot of ambiguity.

What they're saying is that the Supreme Court has agreed to make decisions on some cases it wouldn't normally hear, probably in order to set precedents.

Anyone in health care should be interested in this situation because the pre-emption issue might have big repercussions in terms of health care costs. You might think the evil conservatives on the Supreme Court are just protecting big pharma from helpless victims, but honestly, if drug labeling can't protect pharmaceutical companies from being sued, they're going to have the bejeezus sued out of them. And do you know who's going to pay for that? All of us, in the form of higher drug prices. And do you know what might happen to drug research if drugs become a huge liability? It might (a) stop or (b) move overseas. Either way, it would mean less pills for you and me. As a nurse, where do you think the greater good for patients is?

Also, you might be interested to know that the physician assistant who administered the Phenergan gave it through IV push into an artery instead of a vein. This case is separate from the settlement that Ms. Levine made with the health clinic where the PA worked.
posted by Chris on Wednesday, November 05, 2008