The Atlantic on trans-gender issues 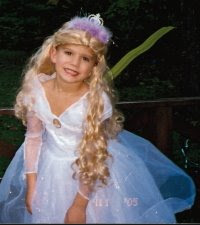 The blog Mindhacks has a link to a long article in The Atlantic on the current trend in transgender issues. According the article, in just the last few years, psychiatrists have a seen a huge increase in the number and extremely young age of children being referred for gender-identity issues. The article chronicles the struggles of some of the children and their families:

School had always complicated Brandon’s life. When teachers divided the class into boys’ and girls’ teams, Brandon would stand with the girls. In all of his kindergarten and first-grade self-portraits—“I have a pet,” “I love my cat,” “I love to play outside”—the “I” was a girl, often with big red lips, high heels, and a princess dress. Just as often, he drew himself as a mermaid with a sparkly purple tail, or a tail cut out from black velvet. Late in second grade, his older stepbrother, Travis, told his fourth-grade friends about Brandon’s “secret”—that he dressed up at home and wanted to be a girl. After school, the boys cornered and bullied him. Brandon went home crying and begged Tina to let him skip the last week.

For another perspective, you can also read the First Things article by Johns Hopkins University Distinguished Service Professor of Psychiatry Paul McHugh. His article is mostly about adult men looking for sex change surgery, however, rather than children:

First, I wanted to test the claim that men who had undergone sex-change surgery found resolution for their many general psychological problems...psychoanalyst Jon Meyer was already developing a means of following up with adults who received sex-change operations at Hopkins in order to see how much the surgery had helped them. He found that most of the patients he tracked down some years after their surgery were contented with what they had done and that only a few regretted it. But in every other respect, they were little changed in their psychological condition. They had much the same problems with relationships, work, and emotions as before. The hope that they would emerge now from their emotional difficulties to flourish psychologically had not been fulfilled.

Sad all around, no? This world is truly a veil of tears.
posted by Chris on Friday, November 07, 2008