I hate the Colbert report. Politics by humor has all the charm of the Athenian theatre's effect on Socrates. I saw Colbert live in NYC when he appeared at Radio City Music Hall for the "Legally Prohibited from Being Funny on Television Tour." This was not Conan O'Brien's greatest hour, and Colbert and Stewart showed how inane they actually are. (There's a reason Jon Stewart couldn't keep a big time TV gig until he became a political spokesman.) This clip from March 31 wasn't even funny: 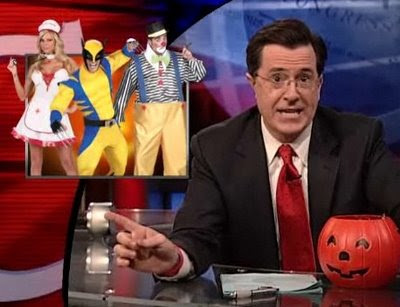