Dr. Margaret Hamburg's nomination hearing for FDA commissioner took place earlier today, May 7. Reuters filed a report already, as did the AP several hours ago, along with photos: 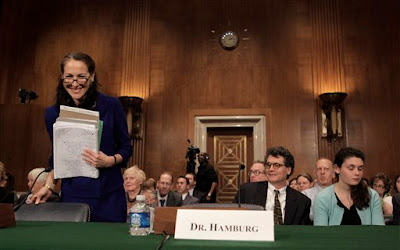 Dr. Margaret Hamburg, a bioterrorism expert who once served as New York City health commissioner, breezed through her confirmation hearing before the Senate Health, Education, Labor and Pensions committee, with no senators expressing opposition.

Hamburg, 53, said she wants to restore public confidence in the Food and Drug Administration by putting science first and running an open and accountable operation.

The full Senate is expected to vote on her nomination before Memorial Day. If confirmed, Hamburg's most immediate task will be to oversee development of a vaccine for the new swine flu. But she said food safety will be her major ongoing project.

"The agency is facing a range of new and daunting challenges," Hamburg told senators. "These include the globalization of food and drug production, the emergence of new and complex medical technologies, and the risk of adulteration or deliberate terror attacks on our food and drug supplies."

The FDA oversees products ranging from peanut butter to cancer drugs to medical imaging machines — a portfolio that represents about a quarter of consumer products. A few years ago, it was shaken by the withdrawal from the market of Vioxx, a painkiller that turned out to have serious heart risks. More recently, outbreaks of foodborne illness have exposed haphazard oversight of the nation's far-flung food supply chain. Within the agency, scientists in the medical devices center are in revolt over what they say is management interference. And a federal judge recently ruled that the FDA improperly politicized a decision on emergency birth control during the Bush administration.

On top of all that, the FDA must play a critical role in developing a vaccine for the new swine flu virus and ensuring that enough vaccine can be made to protect the public.

Hamburg, as an assistant health secretary under President Bill Clinton, helped lay the groundwork for the government's bioterrorism and flu pandemic preparations.

The swine flu vaccine will be her first task. "I look forward to being actively involved in discussion on such critical issues as how much vaccine to make, whether to alter seasonal vaccine manufacturing, and, ultimately, whether to recommend vaccination for the American people," Hamburg said.

Vaccinating the entire population for swine flu would be a huge undertaking, and might require more than one shot. It would also have to be coordinated with preparations for the regular flu season. But such a large scale effort may not be needed if the virus turns out to be mild.

Turning to food safety, Hamburg said it will require sustained effort, more money, and stronger laws to improve the situation. She wants to shift from chasing outbreaks after they have broken out to preventing them first. That would require all food companies to follow written safety plans, overseen by federal and state inspectors. Traceability and import safety — weak links in the system — would have to be strengthened.

Obama's budget, released Thursday, calls for a $260-million increase for the FDA's food safety program. Past budget cuts have hit the food inspection program hard, and part of the new funding would go to rebuild the ranks of inspectors. 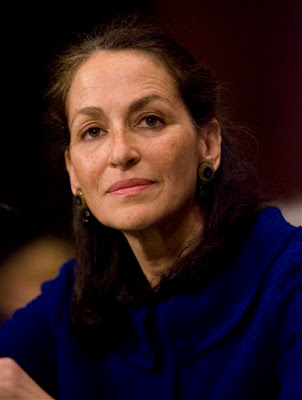 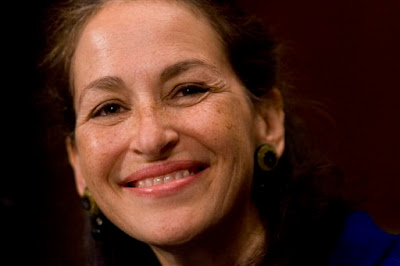