For an explanation of this post, see The Sexy Nurse Report.

The thing that bothers me most about this advertisement for JBS underwear is the idiotic way this nurse is dressed, although most people are probably primarily scandalized by the sniffing (more on that in a sec...).

Although the entire ad campaign is genius ("men don't want to see naked men"), this particular ad, produced by &Co. advertising agency for JBS is dumb, and by far the least sexy in the campaign: 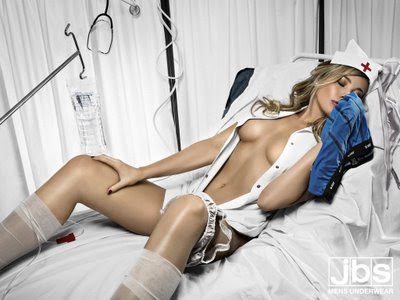 As for the sniffing, nurses don't deal with patients' clothes. Here is a real photo of the typical underwear situation nurses deal with--an alcoholic patient in the ER needing adult diapers has taken them off (resulting in urine all over the floor and bed): 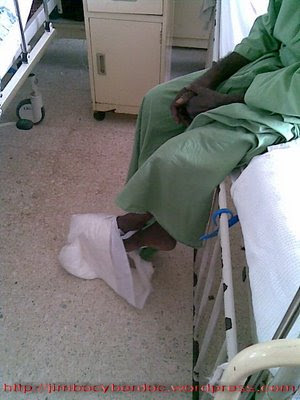 The smells nurses have to deal with aren't too sweet, either. C. difficile is an intestinal bacteria that can form a "pseudo-membrane" over the intestinal lining, causing massive, recurrent diarrhea with a distinctive smell like a horse stable that every nurse recognizes and dreads: 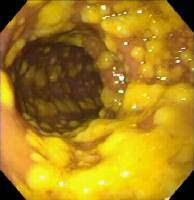