I don't know how, but I lost my watch. I always knew this is how it would end. I was constantly taking it on and off to wash my hands and do patient care. Plus, I don't wear a watch in civilian life, so I don't miss it when it's not on. I'm pretty sure I left it in ICU on Nur464 clinical day 7, but I just called there, and the ICU doesn't have a lost and found.

My watch was the Timex Expedition, as shown below. Considering that I don't where jewelry or accoutrements and generally dislike possessions, it was a pretty good companion. It was modest without appearing cheap (from a distance) and masculine without being overwhelming. According to my color chart, I should choose gold but I like silver instead (owing to nerdy inclinations), so the body worked for me, and the brown leather band matched my school uniform and shoes well (looking good--a key component of nursing school, as every scared student knows). A watch is not as cool as a stethoscope, but a stethoscope has a pretty low functionality-to-cumbersomeness ratio, so the watch ranked right up there.

I purchased the watch a while back just for nursing clinicals. It's timed patient's pulses in the post-ortho-surgery unit, kept me on time for taking newborn vitals in the nursery, and made sure my lunch break didn't run over in adult mental health. I can always get another one. Exactly alike. But it won't be the same. I hope this isn't an ill omen... 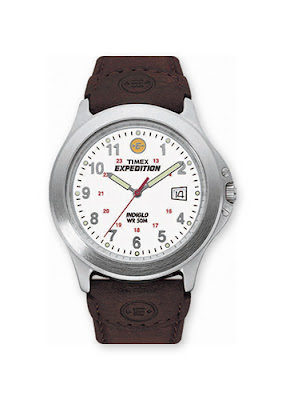